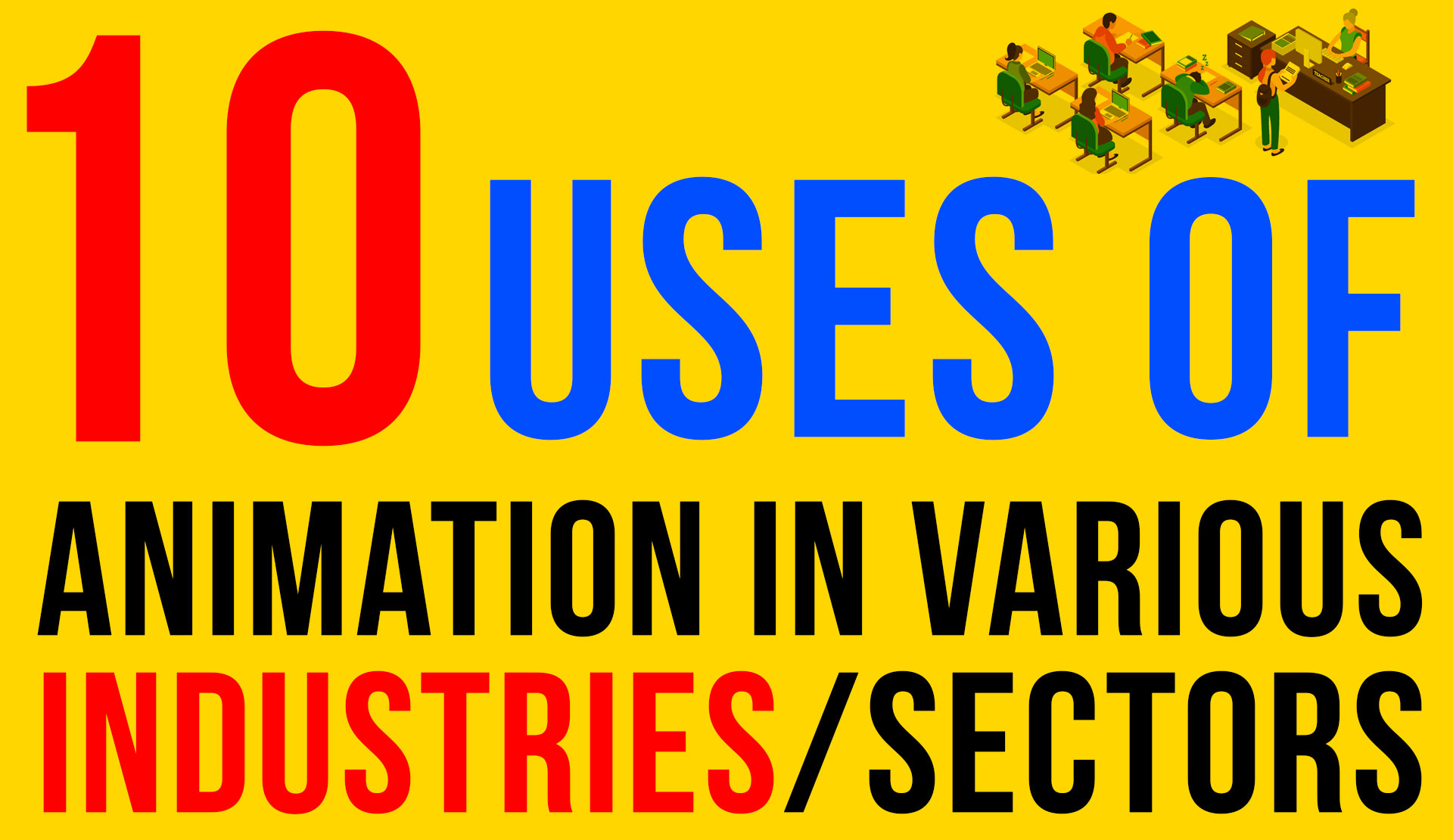 The animation is an imitation of real-world characters and objects through moving pictures. Still images moving at a certain number of frames per second lead to an illusion of continuous motion. Animation has evolved tremendously since its inception. Majority of animations are developed using CGI or computer-generated images.

The animation effect is achieved by moving images sequentially in quick succession. The difference between two consecutive images is made minimal so that the human eye fails to understand the same during the transition of images.

Perception of most people is that animation is just for entertainment. However, if we look at the uses of animation in various areas, the possibilities are endless. The presence of animation in our lives is much more than it looks. The animation is available through various modes like short and feature films, special effects, motion graphics, etc.

Different types of animation have been developed for different situations at various stages of evolution and are used as a powerful medium of expression.
• 2D Animation
• 3D Animation
• Animation Through Motion Graphics
• Stop Motion Animation
• Cutout and Collage Animation
• Rotoscoping
• Cel Animation

Animation can be considered as a unique branch of technology which can bring great value to a number of business and entertainment activities. The animation is extensively used in a lot of industries because of the advantages offered.

Let’s look at some of the most important areas using animation extensively.

It is a known fact that the human mind has a tendency to remember videos and images more than textual information. Animation can be effectively utilized for educational purposes to enhance the reception levels of the students, trainees and even teachers. Animation videos bring exceptional changes to the academic capabilities of students without second thoughts. Graphics, motion videos and dynamic presentations are being used by several education portals and organizations to teach complex and difficult concepts to students in an easy and understandable approach. Students can go through the content at their own pace and any number of times to understand the complex topics.

Several animation series and movies are created for children as well as the adult audience that can be enjoyed as normal movies. Apart from movies, a range of cartoons and TV series are created to target a wider audience including all age groups. Animation programs are being created for entertainment as well as teaching important life lessons and moral values. Some well-known studios like Pixar, Disney, and DreamWorks are primarily involved with making animated cartoon movies.

Benefits of animation in the advertising industry are quite astounding. Advertisements are always required to be creative and connecting to the real world. Animation plays an important role in making effective commercials to easily capture the imagination of the audience and luring the audience to purchase the product being advertised. The rapidly growing use of the internet has given birth to a new platform where animated advertisements are used extensively and target audiences of all age groups. The animation is being used for TV advertising for a long time. Animations make advertisements inspiring and funny and always captures the imagination of the end customer.

Animations add a lot of creativity to the marketing of any organization. It also enables any organization to reach out to more demographics. Any animated demonstration of a product is attentive and provides instant benefits. Animation can be a great conversion medium.

The animation is extensively used to demonstrate creative skills. For example, creative arts can be designed as a computer course. Courses can utilize animation to get the education across the class leveraging various presentations, models and diagrams. Making animation requires an animator to be creative and make animations that replicate the real world.

Animation simulations are used in areas where real-life training of an individual or group is dangerous or cannot be controlled. For instance, military training exercises or firefighting training are adequate examples for simulation animation. Simulations are also used for training fighter pilots as well as commercial airlines pilots without investing on machine and fuel as well as avoiding damage to any trainee. A lot of companies are using simulation to predict the outcome of a range of activities.

The retail industry is one of the most benefitted industry using animation. Animations are extensively by marketers to showcase the product to customers. 3D animation models and videos can incorporate the features and benefits of a product in a lucid manner. Use of animation in the retail industry is rising at a great velocity. Animations are being used to display microscopic features and display the object from multiple angles in an easy manner especially when such features are difficult to be photographed. 3D animations are especially beneficial in demonstrating product features.

3D animation has helped the marketing mechanism of the real estate and engineering industry in a great manner. Proposed designs are required to be explained to potential customers in a simplified manner in Architecture projects. 3d animations in architecture can be designed quickly and involve reasonable costs. This makes animation very important for architecture. Interpretation process of the structure of the buildings is simplified with ease using animation. Construction companies can integrate all the intrinsic details of the proposed plans using animations.

Apart from the above most widely acknowledged areas, animation can be used in medical, manufacturing industries as well. With the advances in technology, animations demand has increased a lot. With increased demand, the demand for professional animation service providers has also boosted. 3D animation is most widely used for the creation of animation projects. The animation is an industry that will keep on evolving with time and holds a hold of potential.