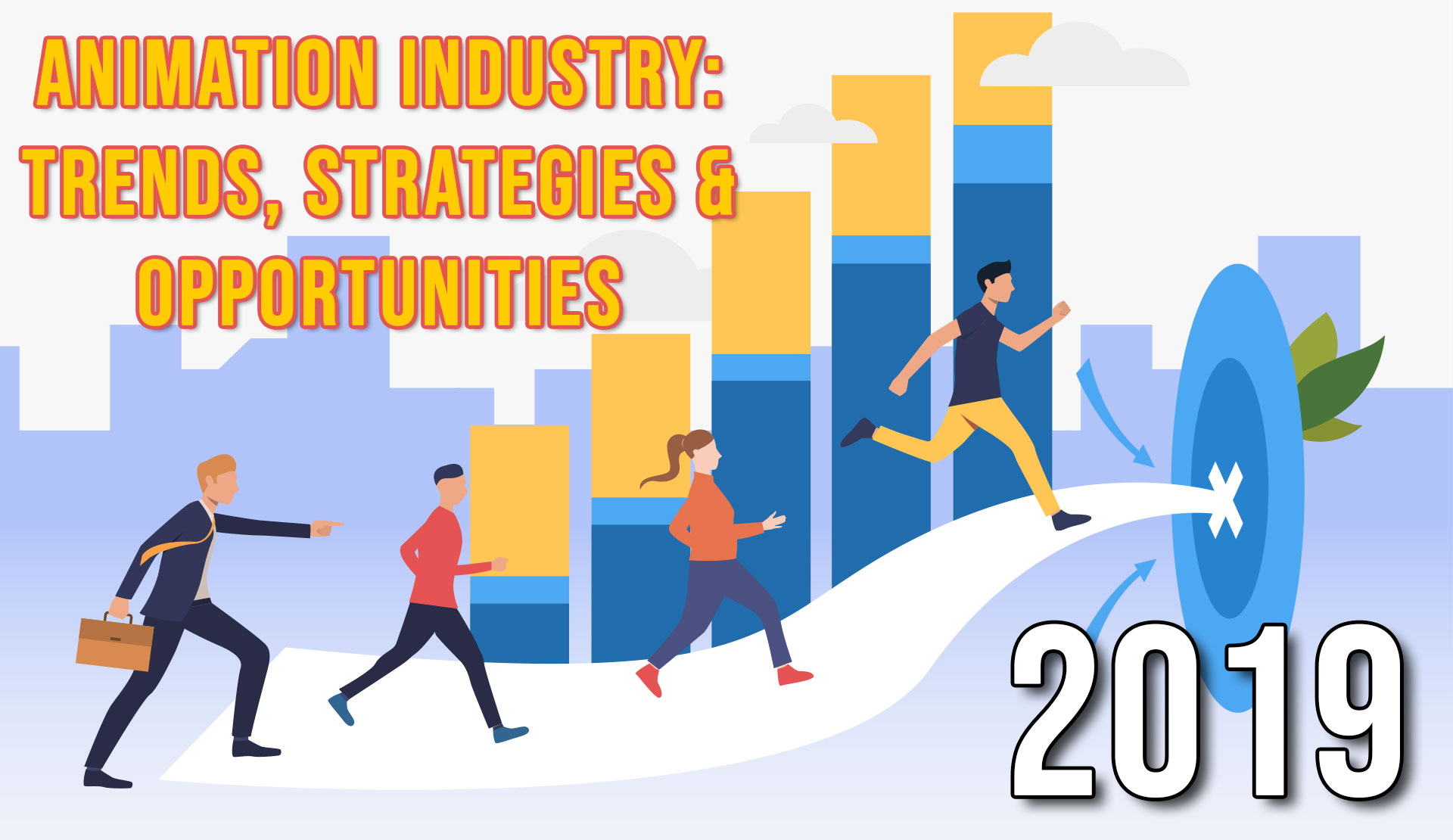 In the year 2018, the total value of Asian animation industry was US$ 52 billion. After that most of the segments in the Asian animation industry is growing at a rate of 23% every year. In Asia, the cost of production on special effects is about 5-10%. It is also noticed that in Asia there is a sharp increase in streaming video consumption over the traditional form of content viewership. The production cost of an animation movie in Asia ranges somewhere between US$ 3 Million to US$ 60 Million. The size of the Asian video gaming industry was only US$ 30 billion in 2017.

Netflix, Amazon, Hulu, and Twitch are not the only one who consumes Animation, VFX and games content but it is also used on YouTube, Twitter, and Facebook. These days with the growing internet penetration and access to multimedia devices, customers are spending more and more time streaming digital content. Streaming video or live video is the fastest-growing segment in the distribution channel for animation and is witnessing double-digit growth which is expected to continue for the next few years.

The animation industry has become one of the fastest-growing segments in the global media and entertainment market because of the rapid advancement of technology in animation, VFX & amp; and games. There is an increase in demand for more of the global animation, VFX and games production taking place in a globally distributed mode. Many Asian animation studios are putting too much importance to owning and protecting animation content by investing a lot in intellectual property protection mechanisms.

This growth is connected to the exponential growth in the number of online video viewers throughout the world. Cloud computing is playing a vital role in character rendering and modeling processes because the cloud-based rendering of animation films are more efficient and effective as it reduces the time and cost compared to traditional rendering. Cloud Gaming/Computing services which are growing at a very aggressive pace needs the right pricing model to both drive adoption and generate sufficient returns for platforms and publishers.

The availability of very low-cost payment systems is allowing users to pay for access or download small quantities of digital content which is the key for online games market to grow. Artificial Intelligence/Machine Learning based techniques are being used for in-game analytics, customer acquisition, cross-sell, churn, retention, classify player behavior, etc.

Popular eSports tournaments have rich spectator interactions and mesmerizing fan experiences for both in-person as well as online viewers. China has become a leader in eSports and many tournaments are organized every year with millions participating in both online as well as offline modes.